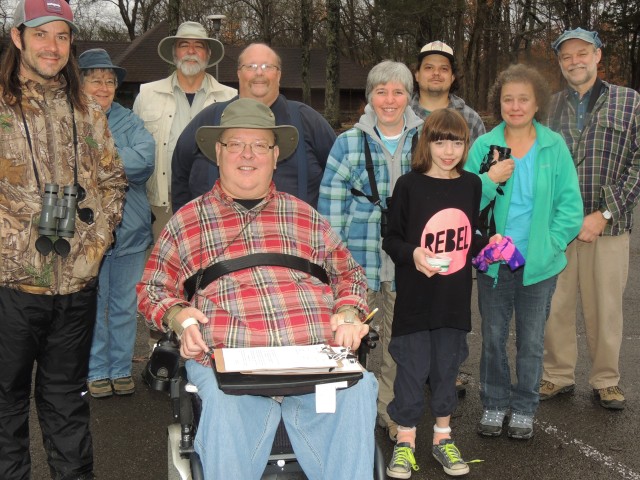 Christmas Bird Count crew about to head out to count birds – Monday, 2 January 2017

The Lebanon Birding Club – John W Sellars Chapter of TOS participated in the 117th Audubon Christmas Bird Count on Monday, 2 January 2017.  Eleven participants gathered at Cedars of Lebanon State Park before breaking up into groups to canvass the four quadrants of the 15 mile diameter circle. When the checklists were gathered and tallied, 11,128 birds representing 76 species were spotted.

Highlights of the count were a pair of Lark Sparrows spotted among a flock of Chipping Sparrows in the southeast quadrant by Justin and Robin Nation, and a Least Sandpiper seen preening among the Wilson’s Snipe and Killdeer in the muddy, harvested cornfield in front of Lebanon High School in the northeast quadrant.

This was the second running of this new count circle, and our first year to be an official Audubon count. Thanks to all who participated, including Stephen Zipperer our count coordinator, for making this such a successful and fun event. Good birding!